The new Omicron variant of the novel coronavirus is continuing its march around the planet. It’s now the dominant lineage in the United States, much of South America and Europe, and many Asian countries.

The new variant is a nasty one. But some countries have weathered Omicron without registering any significant increase in severe illness or death. Cases go way up. Serious cases don’t. Singapore and South Africa are great examples.

But other countries—the United States, for one—haven’t seen the same high degree of “decoupling” between infections and deaths. Now, epidemiologists are scrambling to figure out why. Differences in vaccination rates is an obvious explanation, but demographic factors also seem to play an important role.

“Countries that have average age on the younger side and generally healthier populations would be expected to do better in terms of hospitalizations and deaths,” Irwin Redlener, the founding director of Columbia University’s National Center for Disaster Preparedness, told The Daily Beast.

“The other big question,” he added, “is vaccination rates.” Highly vaxxed and younger countries seem to be mostly shrugging off Omicron. But under-vaxxed countries—especially ones with older populations–could be in for a difficult few months as the new variant runs its course.

Omicron raised alarms in health agencies all over the world in late November after officials in South Africa reported the first cases. Compared to older lineages, Omicron features around 50 key mutations, around 30 of which are on the spike protein that helps the virus grab onto our cells.

The lineage’s genetic makeup has driven a huge spike in infections in the unvaccinated as well as an increase in milder breakthrough infections in the vaccinated. The World Health Organization reported a weekly record of 15 million new COVID cases for the first week of January—a figure the WHO cautioned is almost certainly an undercount owing to incomplete data.

Many of those cases are mild or entirely asymptomatic. Virologists partially attribute Omicron’s relative mildness in many cases to its tendency to infect the throat rather than the lungs, where the pathogen can do much more damage.

But external factors matter, too. It should go without saying that countries that have vaccinated almost all of their population have fared better than countries where vaccination rates lag. Consider Singapore, one of the most jabbed countries in the world.

Singaporean authorities detected the first local case of Omicron in early December. A month later, the lineage accounts for most new infections in the Southeast Asian city-state, population 5.7 million.

Cases spiked in Singapore after Omicron arrived. There were around 250 new infections a day back in mid-December. Now there are 800 a day and climbing–a threefold increase in just a month. But the death rate is flat. On average, one person a day died of COVID in Singapore in December. In January, the rate is still one death a day.

“We are still early in our Omicron outbreak,” Paul Ananth Tambyah, president of the Asia Pacific Society of Clinical Microbiology and Infection in Singapore, told The Daily Beast. “Still, there is no reason to believe why Singapore will not be like most other countries in the world, with a decoupling of cases and deaths.”

Experts pointed to Singapore’s excellent vaccine uptake. Around 90 percent of the population has been fully vaccinated, most with two doses of the leading messenger-RNA vaccines. Half have gone back for a booster dose.

Yes, Omicron somewhat reduces the effectiveness of the vaccines. But even with its ability to evade vaccine-induced antibodies, the lineage ran into a wall of immunity in Singapore.

South Africa has also managed to weather Omicron–and has done it without widespread vaccination. A little more than a quarter of South Africans are fully vaccinated with a one- or two-dose vaccine. Very few have been boosted.

Despite this, infections and deaths decoupled—albeit not as dramatically as they did in Singapore. Between late November and late December, cases spiked by a factor of 40, from 500 a day to more than 20,000. Deaths increased only eightfold from around 20 a day to 170 or so.

Many South Africans had natural immunity left over from the previous wave of infections over the summer. But those antibodies fade fast, so they alone can’t explain South Africa’s relative good fortune with Omicron.

Age is probably a factor. South Africa, population 59 million, is a young country. The median age is just 27, compared to a median age closer to 40 in Singapore. Younger people tend to be less vulnerable to all COVID variants than their parents and grandparents—and Omicron is no exception.

But there aren’t a lot of countries that can count on their very young populations to save them from the worst outcomes as Omicron circles the globe. The United States, median age 39, certainly can’t. The U.S. is in an unfortunate category of older-age countries with middling vaccination rates.

That puts Americans at particular risk. “The worry is that once spread occurs among older segments [of the population], hospitalizations and deaths might creep up,” Edwin Michael, an epidemiologist at the Center for Global Health Infectious Disease Research at the University of South Florida, told The Daily Beast.

Just 63 percent of Americans are fully vaccinated, 37 percent are boosted. That leaves 122 million people with, at best, fading natural immunity to COVID. It should come as no surprise that Omicron is tearing through this large, mostly unprotected group.

The U.S. has registered 760,000 new COVID cases a day in recent days, a fivefold increase over the worst days of the Delta wave in the fall and triple the previous record of 230,000 new cases a day a year ago.

There’s been some decoupling in the United States, but nowhere near as much as in Singapore and South Africa. Around 1,700 Americans are dying every day—slightly fewer than died every day at the peak of the Delta wave in the fall.

America’s not alone. Brazil, median age 34, has fully vaccinated around two-thirds of its 212 million people and boosted 15 percent, making it roughly analogous to the United States in those regards.

Unsurprisingly, Omicron is hitting hard there. Cases spiked by a factor of 10 this month to a record 44,000 a day. The death rate is increasing fast—from a low of fewer than 50 a day in early January to a whopping 600 in a single day on Jan. 9.

Experts caution that the numbers coming out of Brazil are mostly likely an undercount. Under COVID-denying President Jair Bolsonaro, the Brazilian health ministry no longer reliably reports COVID data. “The Ministry of Health doesn’t want people to know the truth,” Pedro Hallal, an epidemiologist at Federal University of Pelotas in Brazil, told The Daily Beast.

Inconsistent data forces epidemiologists to round out the official COVID figures with educated guesswork. Hallal for one has seen Omicron’s impact firsthand. Just a few of his immediate family caught Delta. More than a dozen have caught Omicron. “It is exploding,” he said of the new variant.

As uneven as Omicron’s impacts have been across the planet, experts agreed it could have been worse. Imagine a lineage that has Omicron’s vaccine-evasion and extreme transmissibility and also attacks the lungs like Delta does. “We can say we dodged a bullet,” Stephanie James, the head of a COVID testing lab at Regis University in Colorado, told The Daily Beast.

The world is lucky that, pretty much everywhere, there’s been a decoupling between Omicron cases and deaths. To a great extent, people get to decide how wide that decoupling is. You can’t choose your country’s median age, but you can choose to get vaccinated.

The more people who get vaccinated, the greater the gap between case-rates and death-rates. Vaccinate almost everyone in your city, state, region, or country, and chances are you’ll sail right through the Omicron surge with very few serious consequences. 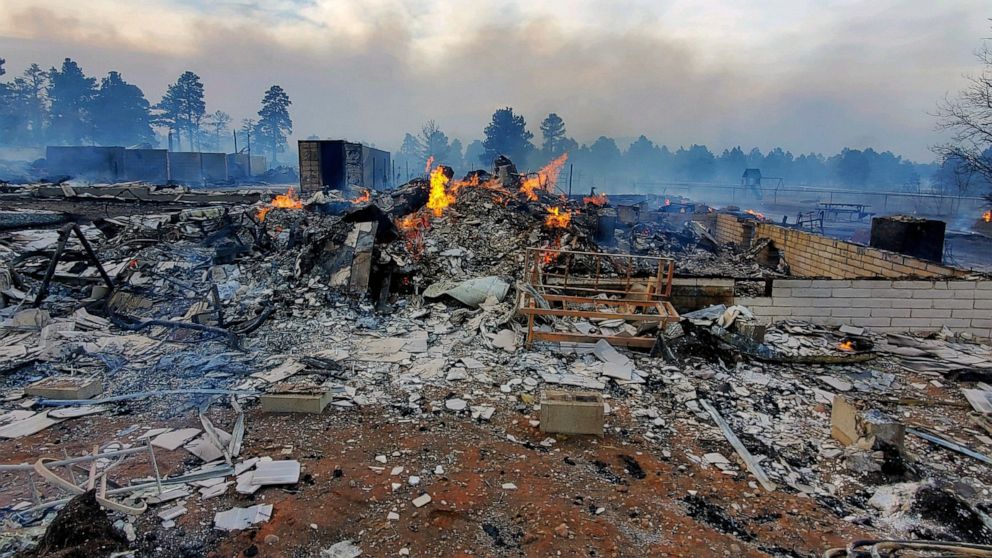