There was a shocking moment in the final few seconds of WandaVision‘s fifth episode and you can read all of the spoilers right here.

Before reading any further in this post, be warned that you might be spoiled if you haven’t watched the episode yet.

We learned more about the town of Westview and how Wanda Maximoff (Elizabeth Olsen) is controlling the minds of all the residents of the town. She also exited the town for the first time to confront the SWORD agents outside of the “hex,” as Darcy Lewis (Kat Dennings) is calling it, and to tell them to leave her alone.

Throughout the episode, we also saw Wanda and Vision’s kids Billy and Tommy grow up from babies, to five-year-olds, and then to ten-year-olds. The kids asked if she had a brother and she said she did, but he lives far away.

We also found out that just nine days earlier, Wanda stole Vision’s corpse from SWORD headquarters so that she could resurrect him in Westview. Vision (Paul Bettany) started growing more suspicious of Wanda throughout the episode and he learned that she’s controlling everyone’s minds.

At the end of the episode we see Quicksilver, aka Wanda’s brother Pietro Maximoff, show up at her front door. The only thing is… this isn’t the same Quicksilver we saw in the movie Avengers: Age of Ultron (as played by Aaron Taylor-Johnson).

Evan Peters, who played Quicksilver in three X-Men franchise movies, walks in on the 80s version of WandaVision. This is the first time Fox’s Marvel world has crossed over with Disney’s Marvel Cinematic Universe.

It’s clear when Pietro shows up that Wanda was not in control of his appearance. Also, Darcy notes that she “recast Pietro,” acknowledging that someone else is playing the role.

The entrance of Evan Peters‘ version of Pietro might be signaling the introduction of a multiverse into the MCU. There are many rumors that a Spider-Man multiverse will be introduced in the upcoming movie as well. 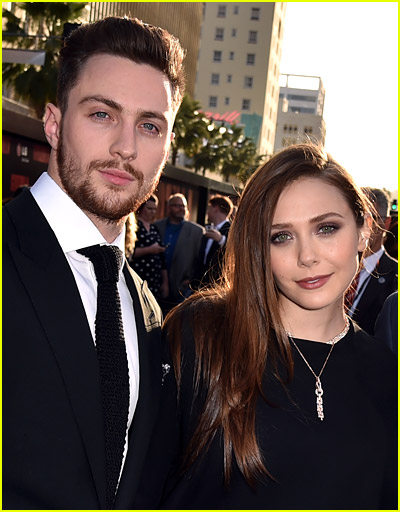 Pedro Almodóvar, Penélope Cruz on the Pain and Beauty of ‘Parallel Mothers’