Seems like another celebrity is in the hot seat due to their actions on the app Clubhouse. According to reports, American actress/comedian Tiffany Haddish was recently accused of bullying and harassing several black doctors on Clubhouse. Users of the voice-based app also claim that Tiffany Haddish publicized the private information of some of the individuals she allegedly bullied.

Multiple people called out Tiffany Haddish and popular social media user @Chakabars (in addition to Jason Lee and Joe Budden) for allegedly creating a room in Clubhouse just to attack medical professionals and spread false information about COVID-19. According to the allegations against Tiffany Haddish, she said that the coronavirus was invented by the government and social distancing is so satellites can do facial recognition. Some Clubhouse users also claimed that a doctor Tiffany Haddish allegedly doxxed (spread her private information) attempted suicide.

Tiffany Haddish took to Twitter to deny the bullying claims. She tweeted,

“There is a special place in Gods Kingdom for people that like to lie and make up stories on other people.”

“Now People on clubhouse saying I am bullying because I just told the truth.”

She then followed up with,

“Funny how some people can’t handle the truth!”

Tiffany Haddish also responded to some of the people who were calling her out for her alleged actions.

Even though Tiffany Haddish claimed she didn’t bully anyone on Clubhouse many people took to Twitter to say otherwise. 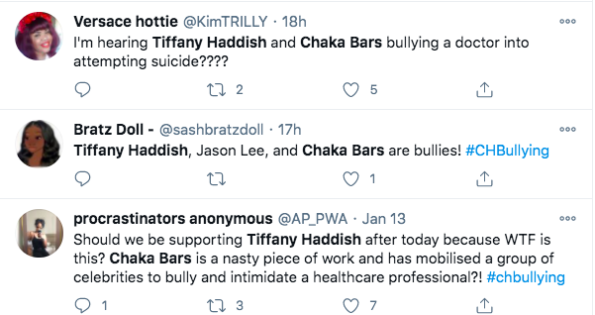 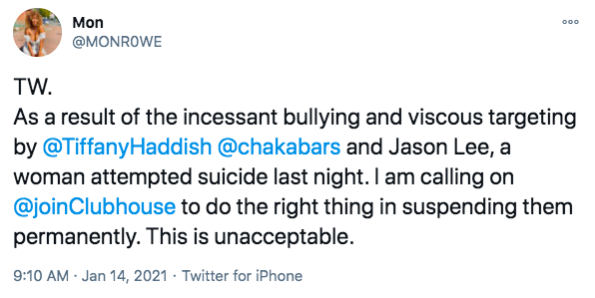 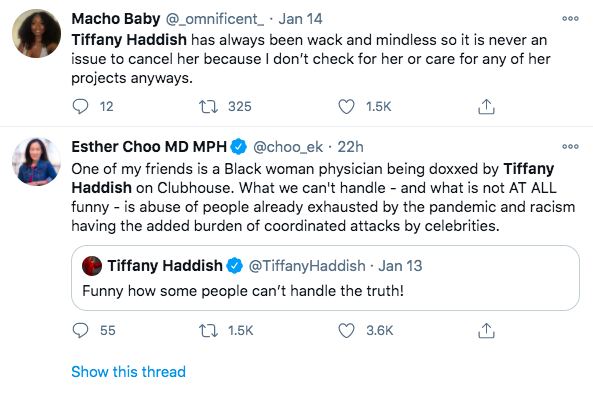 What are your thoughts on the accusations against Tiffany Haddish and her response? Let us know in the comments.