PARIS (AP) — Ukrainian tennis player Elina Svitolina wants Russian and Belarusian players to say whether they oppose the war in her nation.

“For us, for Ukrainians, it’s very important that they speak out, that they choose which side they take. We want to know, we want to feel safe about that. Because if they don’t say their opinion on this, we don’t know if they support their government, if they support the action of the army,” Svitolina told The Associated Press on Wednesday. “Because in Russia and Belarus sport is a big propaganda.”

In an interview with the AP, Svitolina also addressed mental health and feeling overwhelmed by the anguish of war.

Mental strain led to the former third-ranked Ukrainian’s decision to take a break from tennis. She said the stress also accentuated ongoing back problems.

“For me it’s been a really rough couple of months mentally to hold everything on my shoulders. That’s why it was a better decision to take my time to really settle down,” she said. “To be on top of the game you have to be 100% mentally and physically fit. For me it was not the case.”

The Wimbledon tournament, which starts on June 27, has barred players from Russia and Belarus because of the war. The French Open, starting on May 22, is allowing them to compete as neutral players. For Svitolina, it’s more about breaking silence.

“I feel like they need to speak up about their position, this is very important. Doesn’t matter if it’s in a Grand Slam or (another) tournament,” she said. “I think every Russian and Belarusian athlete should take their position, so that we know that there is no bad people among us.”

Svitolina was asked if any Russian and Belarusian players personally told her they are against the war.

“Very few. This is very sad because many athletes from different countries came up to us and showed us their support,” Svitolina said. “That’s why it really hurts us and we don’t understand why exactly they (Russian and Belarusian players) didn’t.”

The war is now in its 11th week. Kyiv has bogged down opposing troops but Russia has pummeled the port of Odesa.

“For the past few days there have been shootings, explosions going on in Odesa, my hometown. Mentally it’s draining,” Svitolina said. “I cannot even imagine what people are going through back in Ukraine, what my family’s going through.”

Although Ukraine is resisting a better-armed Russian military, millions of Ukrainians have fled the war-torn country.

“The first week was the toughest week of my life,” Svitolina said. “I was so worried about all the people in Ukraine, about my family, what will be next. Every minute there was some new information.”

But given what Ukraine’s going through, tennis is not her focus.

“I have lots of things on my plate right now,” she said. “I have my foundation, I try to do as much as I can for people who are in need. This is the priority, the foundation and my family.”

Her foundation is helping Ukrainian children who have fled.

“We’re doing our best to raise funds for Ukrainian kids. I want to keep their dream alive, even though they went through horrible times,” Svitolina said. “Some kids got a chance to escape. Right now we have kids who are placed in the academies in Europe. We pay for their training, for their food, their accommodation.”

Svitolina met with some of them in France.

“I wish I could meet everyone,” she said. “I will do my best to give attention to every single kid and give them this little extra motivation they need these days.”

But Svitolina is also suffering mentally and finds ways not to get overwhelmed by the war.

“I take my time during the day to just switch off my phone. This really helps me to be calmer,” said Svitolina, who consults a psychologist.

“We’re talking a lot, discovering something each time we talk, finding ways,” Svitolina said. “For (the psychologist) it was also tough for her to see me with so much sadness.”

Svitolina was among several speakers discussing mental health in sports at a conference in Paris on Wednesday.

“I completely agree that mental health is something that has been overlooked. Lots of trouble athletes are going through, lots of tough moments with injuries, with performance, with pressure from media,” she said. “It’s important to speak about it, to speak about your own story. I feel like this was not (done) enough before.”

Leading figures like tennis player Naomi Osaka and Formula One executive Toto Wolff from the Mercedes team have spoken openly about mental health.

“This is very good that it becomes more open right now. I think it’s very important for some people to hear it out loud, like Naomi Osaka did,” Svitolina said. “Some people want to share their stories. I prefer to speak with my psychologist, with my family. There’s no wrong or right way. You need to find the way that is comfortable for you.” 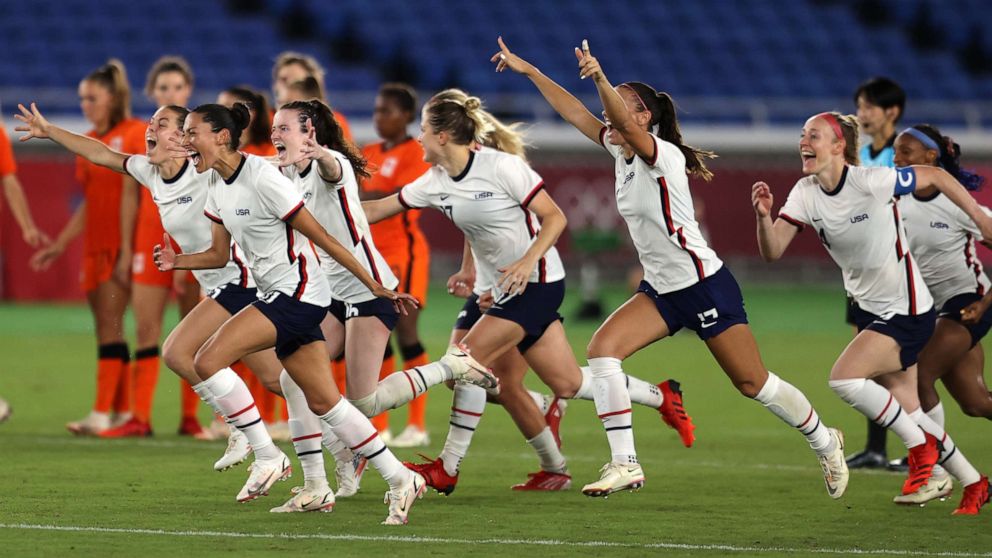