Over the years Soulja Boy has provided us with some pretty iconic memes and it’s not uncommon for the 31-year-old rapper to go viral for his comments or antics.

The ‘She Make It Clap’ rapper has recently found himself trending again for his latest scandal. Yesterday (Jan. 11) Soulja Boy, born DeAndre Way, experienced what many celebs seemingly fear, and had his nudes leaked online for the world to see. According to reports, initially, the risque content was uploaded by the former ‘Love & Hip Hop: Hollywood’ star to his OnlyFans account. However, the nude images and videos were then reportedly pulled from the adult entertainment website and shared across other social media platforms. It’s unclear if Soulja Boy leaked the explicit content himself or not but he definitely seems to be enjoying the attention it’s bringing his way!

The Chicago native appears to be unbothered by the alleged leak and has retweeted multiple tweets from fans reacting to his OnlyFans content coming across their timelines. 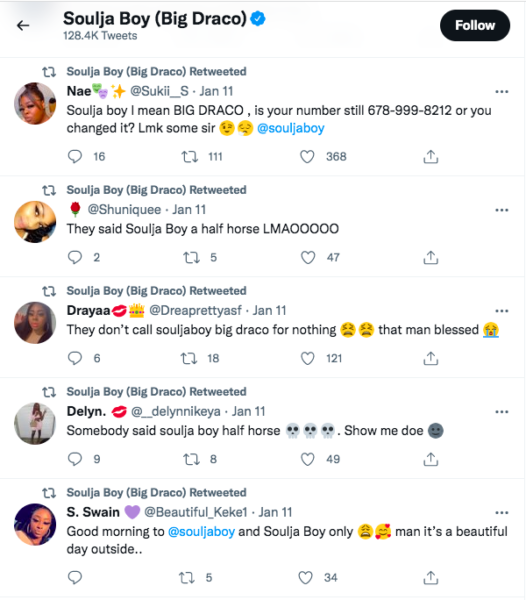 Others have also taken to their Twitter accounts to weigh in on the rapper’s nude body. 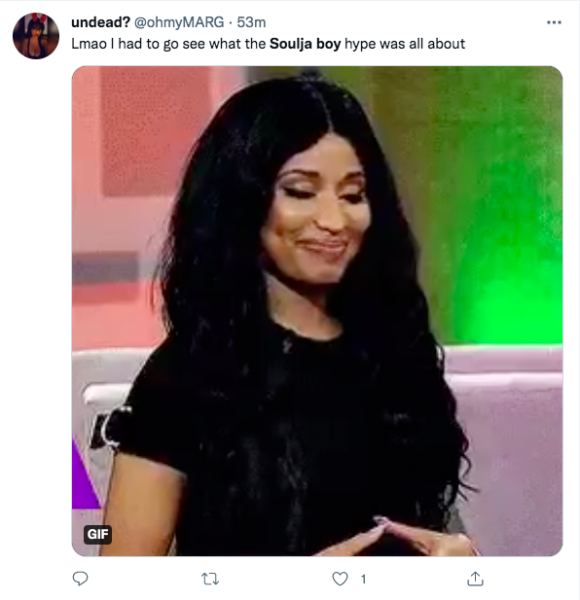 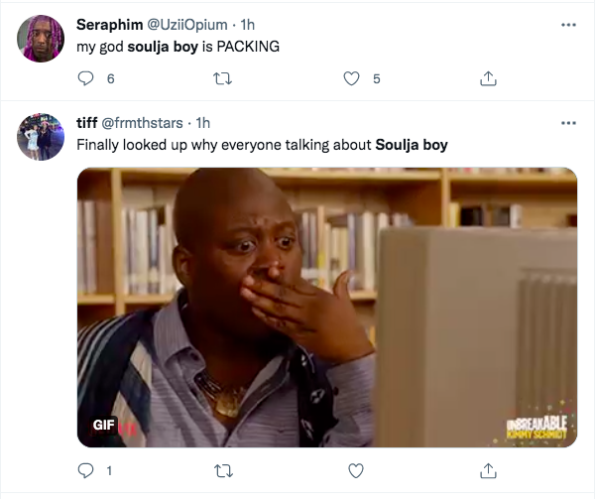 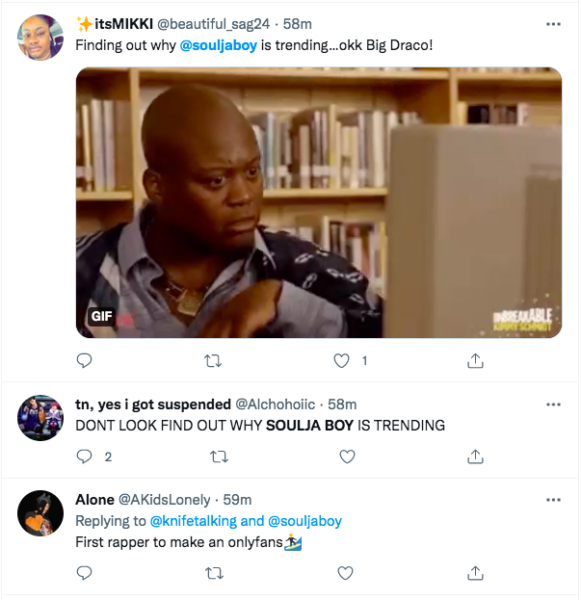 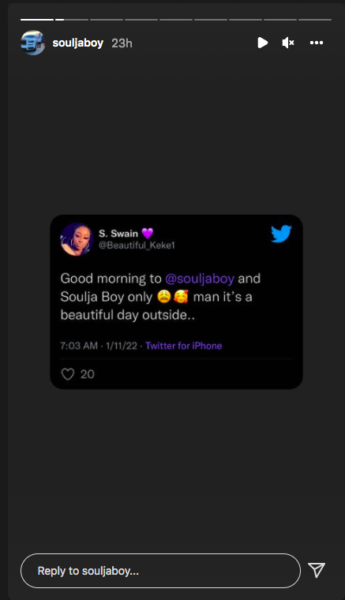 He has yet to confirm or deny if he’s responsible for the leak but he has been using the moment to promote his OnlyFans account and his latest musical projects. 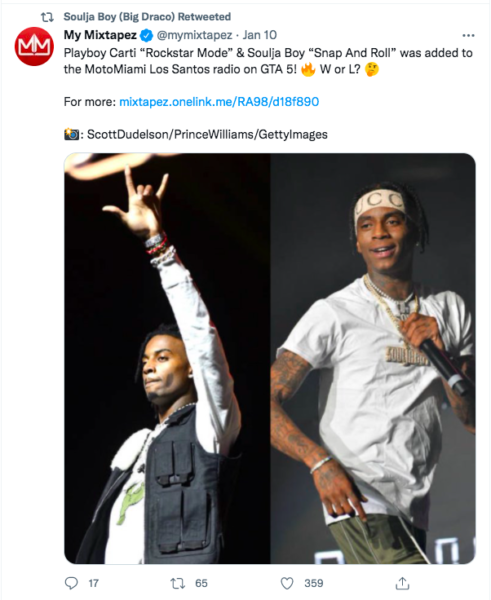 What are your thoughts on this entire situation? Do you think Soulja Boy leaked the images online himself? Tell us in the comments below!