Sean Burke is speaking out in defense of his wife, Braunwyn Windham-Burke, who was recently accused of offering cocaine to Shannon Beador‘s daughter, Stella, who was just 14-years-old when the alleged incident occurred.

After Braunwyn shared a post about “lies,” Sean reacted to the claims in a series of direct messages to a fan as former Real Housewives of Orange County cast member Tamra Judge weighed in on the shocking report about her friend.

“Hi Sean, is it true Braunwyn offered Shannon’s daughter cocaine? How do you defend this behavior?” an unnamed fan asked, according to a screenshot shared by Bravo Snarkside on Instagram.

“This is sick, disgusting and not true. Is there no lengths these people will go to?” Sean wrote in his response. 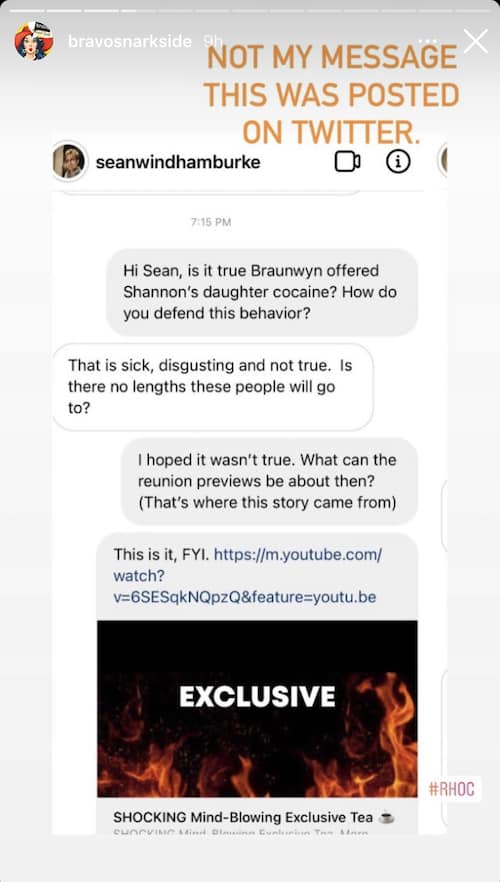 After the fan then said they were happy to hear that the report was false and included a link to an All About the Tea report, which suggested the claims against Braunwyn were mentioned during the RHOC season 15 reunion, Sean explained that while something was said, it did not come out in the way that’s being portrayed.

“I was there, and there was something said in front of all of us, but it was not like that at all,” he stated.

Sean then accused the person behind the rumor of lying “over and over” and said they’ve been sued by a number of Real Housewives, including Kim Zolciak and Kelly Dodd. 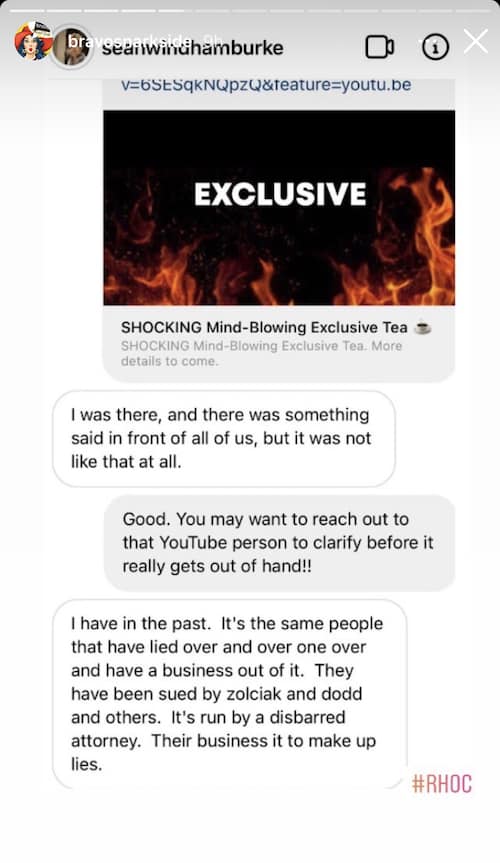 As Sean addressed the RHOC drama on Instagram, Tamra took to her Stories, where she reacted to a fan who wanted to know her “thoughts on the cocaine allegations.”

“This question keeps getting asked over and over on my Instagram and all I can say is, there’s more to the story. Stay tuned,” she teased. 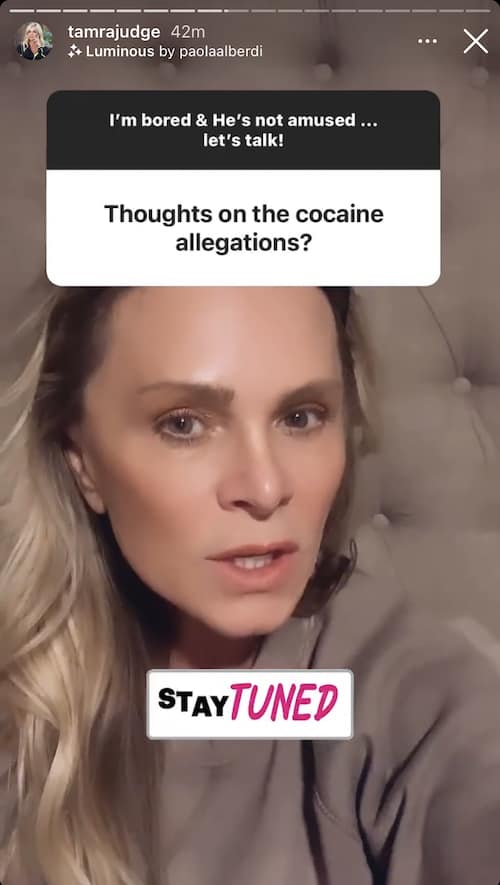