As the ladies of the show were seen reacting to Jen Shah being arrested on charges of fraud and money laundering after the Feds stormed the bus taking the cast to Vail, Colorado, just after Jen suddenly left, claiming her husband Sharrieff Shah was experiencing internal bleeding, the Bravo series received more viewers than any other episode of season two.

After the news was shared, Jen posted a screenshot from a fan on her Instagram Story, which included the numbers for season two, episode 10, as well as a moment from the show and a photo of her and Andy Cohen.

“Season high in overall viewers for [RHOSLC],” the message read. 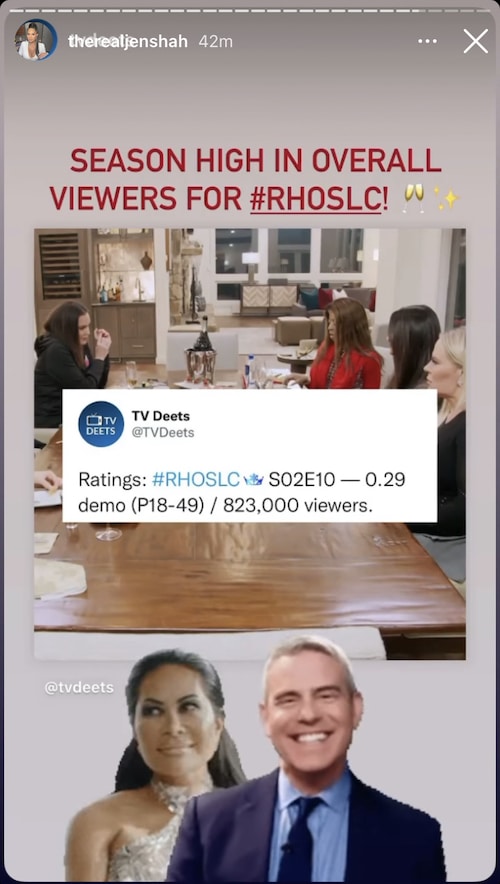 In November of last year, the first season of RHOSLC debuted to lackluster ratings, gaining just 785,000 viewers for its premiere episode.

In another post shared to her Instagram Story, Jen reposted a message from a fan, who said that the authorities’ treatment of her Black sons, Sharrieff Jr., 26, and Omar, 16, was a lot different than their treatment of Teresa Giudice‘s daughters after the Real Housewives of New Jersey cast member and her husband were accused of fraud nearly a decade ago.

“I find it interesting how [Jen Shah’s] children were forced to come out of their home at [gunpoint] with their hands up yet Teresa’s children weren’t treated that way at all,” the fan alleged.

“Really showing how we treat black boys so differently in this country,” they added. 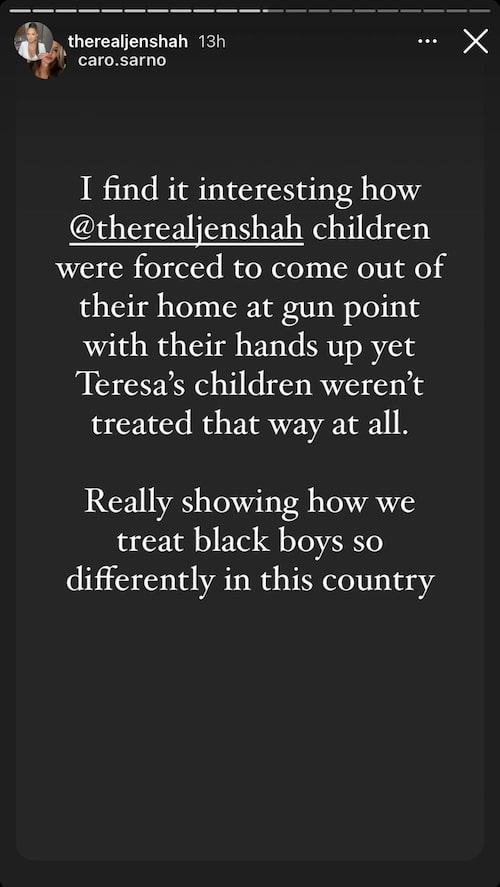 On Sunday’s episode of RHOSLC, Jen’s younger son along with another boy were seen being evacuated from their home with their hands in the air as several officers had guns drawn. 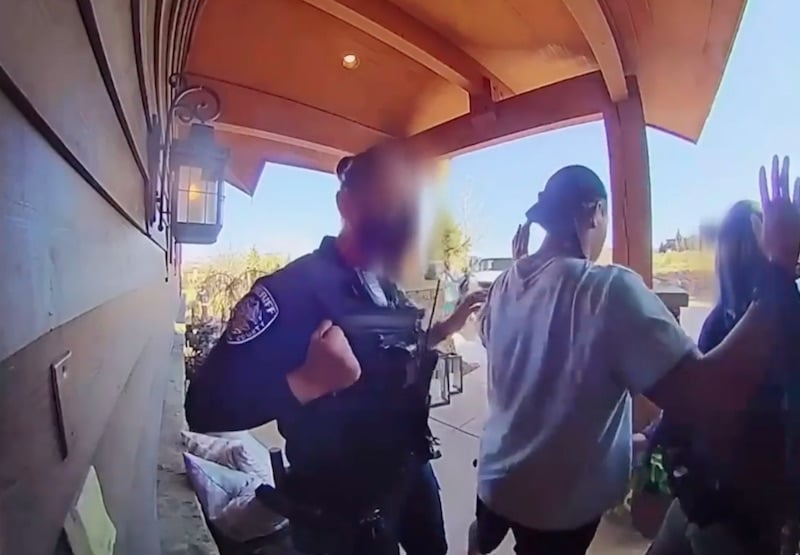 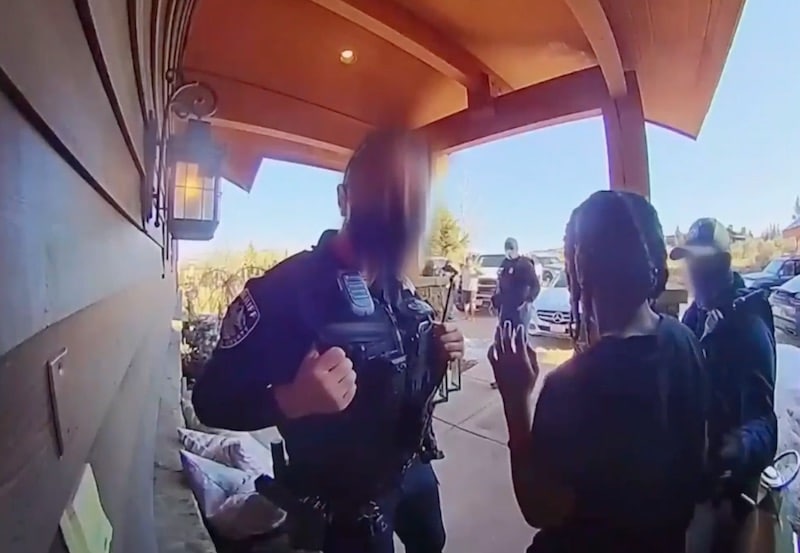 Porsha Williams Says She & Simon Guobadia Don’t Have A Wedding Date, Reacts To His Family Having Multiple Wives