Michelle Trachtenberg has come forward with allegations about Joss Whedon, just days after her former Buffy co-star Charisma Carpenter’s accusations against him made headlines.

Earlier this week, Trachtenberg alleged that Whedon’s behaviour with her “as a teenager” was “not appropriate”.

Now she’s gone even further, alleging that the Buffy director wasn’t allowed to be alone with her.

“The last. Comment I will make on this. Was. There was a rule. Saying. He’s not allowed in a room alone with Michelle again,” Trachtenberg wrote in the caption of a screenshot of co-star Sarah Michelle Gellar‘s statement supporting Carpenter.

On Wednesday, Carpenter, who worked with Whedon on Buffy and Angel, wrote on Twitter that his alleged “casually cruel” behaviour included threatening to fire her, calling her “fat” when she was four months pregnant, asking her if she was going to “keep” her baby, and firing her after she gave birth.

Gellar backed her up with a statement: “While I am proud to have my name associated with Buffy Summers, I don’t want to be forever associated with the name Joss Whedon.”

She added, “I stand with all survivors of abuse and am proud of them for speaking out.”

Carpenter said she came forward in light of the allegations by Justice League actor Ray Fisher that Whedon engaged in “gross, abusive, unprofessional and completely unacceptable” behaviour on the set of the 2017 superhero film, which Fisher posted to his Twitter feed in July. (Whedon had no comment.) Fisher’s allegations eventually led to an investigation of Justice League by WarnerMedia, which Carpenter says she was a part of. 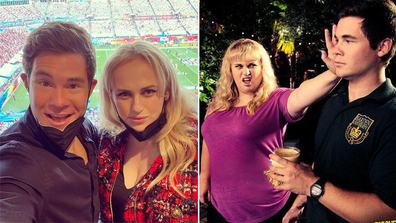 TV and movie cast reunions: Nostalgic photos to give you all the feels

7 Mindless Habits That Are Making You Unproductive At Work