HARRISBURG, Pa. — Mehmet Oz’s rivals in Pennsylvania’s Republican primary for U.S. Senate are escalating their attacks on the celebrity heart surgeon’s connections to his parents’ native country of Turkey, raising it as a possible national security issue.

Oz, best known as TV’s Dr. Oz, has rejected any suggestions he is a threat to national security and has accused his opponents, particularly GOP rival David McCormick, of making “bigoted attacks.” If elected, Oz would be the nation’s first Muslim senator.

The criticism of Oz and his ties to Turkey has mushroomed in the weeks after Oz won the endorsement of former President Donald Trump, who remains deeply popular with conservative voters. With the state’s May 17 primary quickly approaching, Oz is locked in a tight three-way race with McCormick, a former hedge fund CEO, and conservative activist Kathy Barnette, according to a recent Franklin & Marshall College poll.

Trump is holding a rally with Oz in western Pennsylvania on Friday evening, coming off a big win in Ohio’s Republican Senate primary. Trump’s candidate, JD Vance, who will also be appearing at Friday’s rally, was trailing in the polls before Trump’s last-minute endorsement vaulted him to the top of the seven-way race.

Oz, who was born in the United States, holds Turkish citizenship, served in Turkey’s military and voted in its 2018 election, but says he would renounce his dual citizenship in Turkey if he is elected.

Trump’s former secretary of state and CIA director, Mike Pompeo, who endorsed McCormick in the race, told reporters Friday that Oz owes an explanation about the “scope and the depth of his relationship with the Turkish government.”

As CIA director, Pompeo served side-by-side in the Trump administration with Michael Flynn, Trump’s first national security adviser who drew Justice Department scrutiny because of lucrative consulting work he and his firm did that benefited the Turkish government.

Oz has financial ties, as well.

In his financial disclosure report to the Senate, Oz disclosed property that he owns in Turkey, assets from his late father’s estate that are tied up in legal proceedings there and an endorsement agreement with Turkish Airlines, which is partly owned by the Turkish government.

In recent debates, McCormick – a decorated U.S. Army combat veteran of the Gulf War – has accused Oz of unnecessarily holding dual citizenship in Turkey and tried to contrast Oz’s service in the Turkish military with McCormick‘s in the U.S. Army.

Fending off McCormick‘s attacks in March, Oz suggested that his religion is being targeted, accusing McCormick of making “bigoted attacks” that are “reminiscent of slurs made in the past about Catholics and Jews.”

Oz has maintained that he served in Turkey‘s military as a young man to keep his dual citizenship. He keeps it to this day, he said, so he has legal power in Turkey to make health care decisions for his mother, who has Alzheimer’s disease.

Oz voted in Turkey‘s 2018 election when he was at the consulate in New York for meetings about his humanitarian work on behalf of Syrian refugees in Turkey, his campaign said.

He voted against Turkish President Recep Tayyip Erdogan, his campaign said, noting that it is not unusual for Americans with dual citizenship to vote in elections in other countries.

“Voting in an election is far different from being actively engaged in the political work of the Turkish government, which Dr. Oz has never been involved with,” Oz’s campaign said.

Senate historians have been unable to find a U.S. senator who maintained dual citizenship.

“I think we need to be careful about categorizing any American as a national security risk simply because of their ties to a foreign country,” Laufman said in an interview.

Edward Ahmed Mitchell, deputy director of the Council on American-Islamic Relations, said the nonprofit does not comment on specific campaigns. But in general, he said, the organization has seen attacks on one aspect of a candidate – such as their place of birth – as a stand-in for a more obviously racist attack, such as their race or religion.

He pointed to the questioning – by Trump and others – of whether Barack Obama, the nation’s first Black president, was born in the United States.

“It’s a pattern that has been repeated and is being repeated in multiple campaigns,” Mitchell said.

Flynn – Trump’s former national security adviser – did work that included gathering adverse information on Fethullah Gulen, a Turkish cleric who lives in Pennsylvania and is blamed by Erdogan for a failed coup attempt, and writing a November 2016 opinion piece that blasted the U.S. for granting Gulen a “safe haven” while Turkey pushed to extradite him.

Flynn was ousted in the first month of the Trump administration after the White House said he lied about his Russian contacts during the transition period. He later admitted in a criminal case brought by special counsel Robert Mueller that his filings to the Justice Department when he registered as a foreign agent for his Turkish work included “false statements and omissions.” 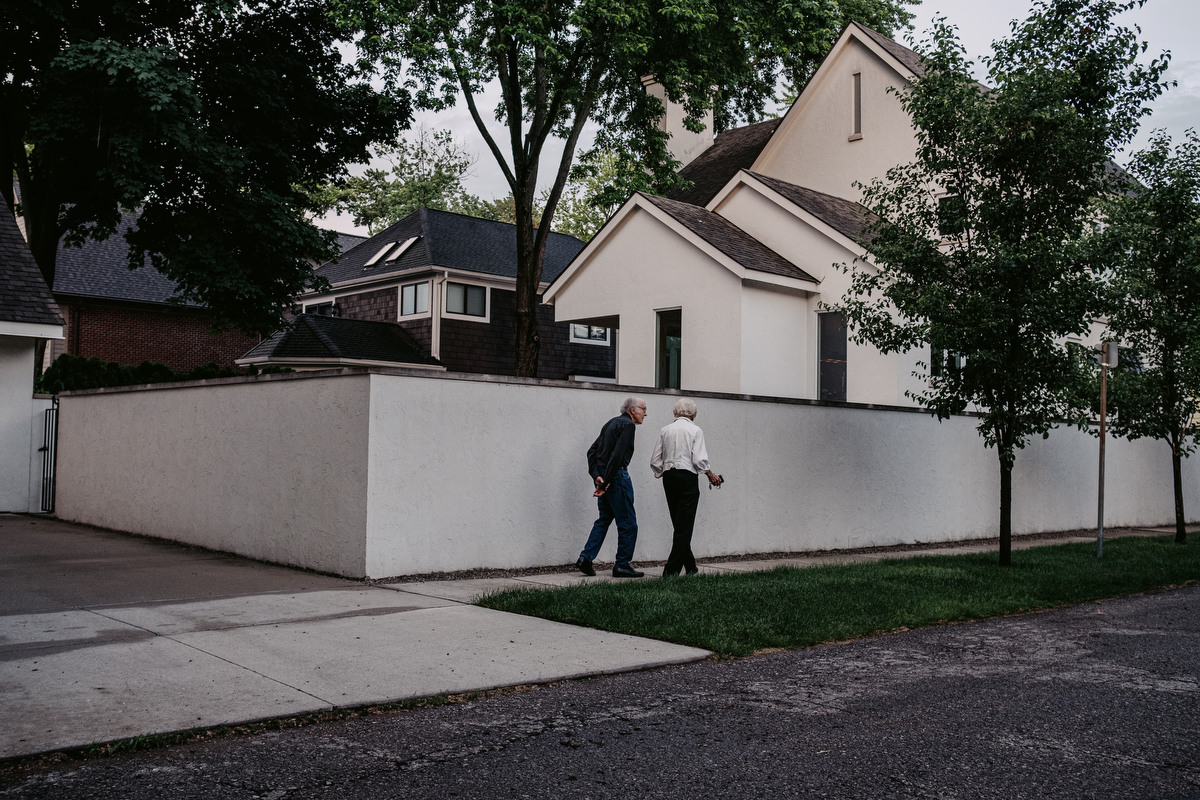