Meghan Markle’s Father Reacts To ‘Concerns’ About Her Son’s Skin Tone: I Don’t Think The Brits Are Racist

Meghan Markle’s Father Reacts To ‘Concerns’ About Her Son’s Skin Tone: I Don’t Think The Brits Are Racist

While Meghan Markle received overwhelming support after her revealing interview with Oprah Winfrey on life in the royal palace, one person who isn’t showing unconditional love is her father, Thomas Markle. 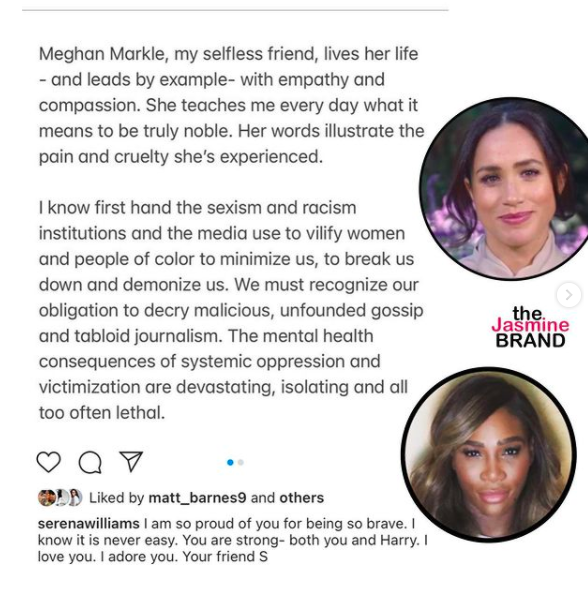 Meghan Markle and Prince Harry sat down with Oprah Winfrey for a telling interview. During their conversation, they exposed racism in the palace, and Meghan Markle revealed she was once suicidal as she compared palace life to being in a prison.

Her estranged father Thomas Markle has shared his thoughts on the viral interview. He said on Good Morning Britain Tuesday (March 9th),

“This is actually the first time I’ve heard her speak in about four years. The last time we spoke, we actually didn’t speak, we actually texted each other. I was laying in a hospital bed after having a heart attack. I had to tell them that I couldn’t come to the wedding. At that point, we pretty much said goodbye. It wasn’t quite saying goodbye. Harry said to me at that point ‘If you had listened to me, this wouldn’t have happened to you.’ Me laying in a hospital bed after having a procedure and getting a stent put here and a stent put here, I thought that was kind of snotty. That’s the last conversation we ever had.”

During the interview, Meghan Markle also spoke on her fallout with Thomas Markle, saying they went their separate ways after he decided to work with British tabloids ahead of her 2018 wedding to Prince Harry.

“No one helped us. I saw a headline that said they recommended to Harry and Meghan that someone come and help me, someone come and take care of me, and Meghan and Harry denied that and said ‘Don’t do it.’ I was left out to dry. In spite of all that, I still apologized. I’m apologizing today, again…I’ve been pushed around and knocked down for one thing I did. One big mistake I made. I apologized for it as many times as I possibly can.”

“However, I love my daughter very much. Had I known she was having psychological problems, I would’ve been there for her. The biggest problem here, she pretty much ghosted all of her family – on her mother’s side and my side. So she really had no one to reach out to. She would’ve had us if she’d texted us.

He then addressed Meghan Markle’s statement that there were “conversations” and “concern” about “how dark” her and Prince Harry’s son’s skin would be.

“The thing about what color will the baby be or how dark will the baby be, I’m guessing and hoping it’s just a dumb question from somebody. It could be somebody asked a stupid question rather than being a total racist.”

What are your thoughts Thomas Markle’s interview? Comment and let us know.

White People Sharing Racist Videos Are Telling on Themselves