Kristin Cavallari is firing back at claims of having shaded Madison LeCroy by appearing in a video that featured music by Jennifer “J-Lo” Lopez as Madison now appears to be taunting Kristin with a new ‘bestie’ post.

Amid rumors of a potentially inappropriate relationship between the Southern Charm cast member and J-Lo’s fiancé, Alex “A-Rod” Rodriguez, Kristin’s best friend, Justin Anderson, posted an old video of the two of them working out to her music and right away, the Hills alum was accused of appearing in the clip in an effort to get back at Madison for her alleged fling with Jay Cutler.

“So a friend posts a year old video of us working out and now I’m being accused of throwing SHADE?” Kristin asked in response to the reports on her Instagram Stories. “F*ck off tabloids. I’m so sick of your lies and bulls*t clickbait. Can everyone stop trying to drag me into this drama mess please? It has nothing to do with me and I want NO part of it.”

While sharing a screenshot of Kristin’s post, the Best of Bravo fan page on Instagram noted it would have been a huge coincidence if Kristin just so happened to be working out to J-Lo’s music amid her fiancé’s drama with Madison. 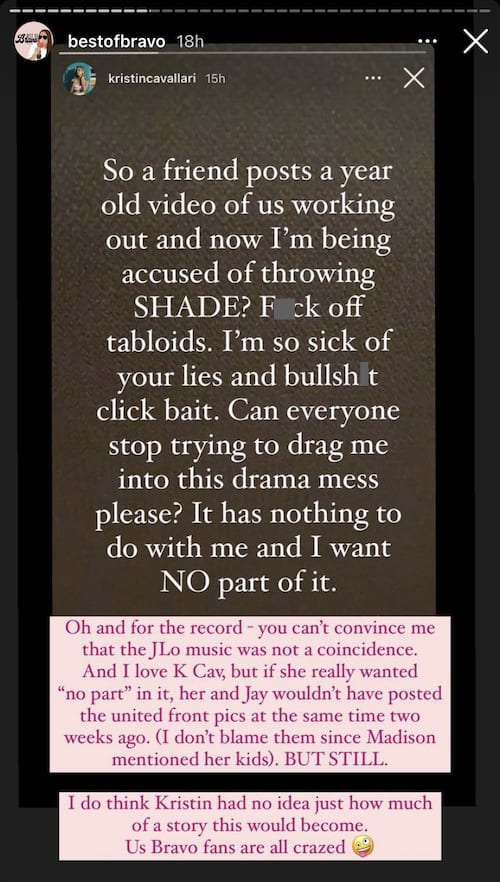 Although Kristin denied shading Madison, Madison seemingly continued to shade her with a new post in which she appeared to mock her and Justin’s friendship.

“My bestie is better than yours,” Madison wrote in the caption of a photo of herself and a male friend. 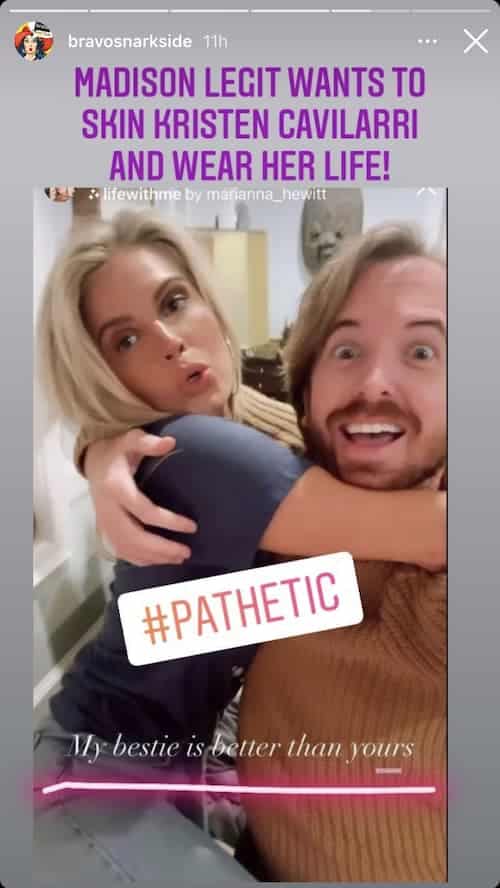 In response to the post, which was shared by Bravo Snark Side on Instagram, the page labeled Madison’s antics “pathetic” and joked that she “legit wants to skin [Kristin Cavallari] and wear her life.”

In other Bravo news, Vanderpump Rules cast member Ariana Madix recently reacted to a funny post about A-Rod, who is currently following her on Instagram.

After a page for the Not Skinny but Not Fat podcast joked that a photo taken of A-Rod on his phone featured the ex-MLB star, who Craig Conover accused Madison of sleeping with at the Southern Charm reunion, “unfollowing all the young blondes” from his page, Ariana responded to a fan who told her to “be careful” with a laughing-while-crying emoji. 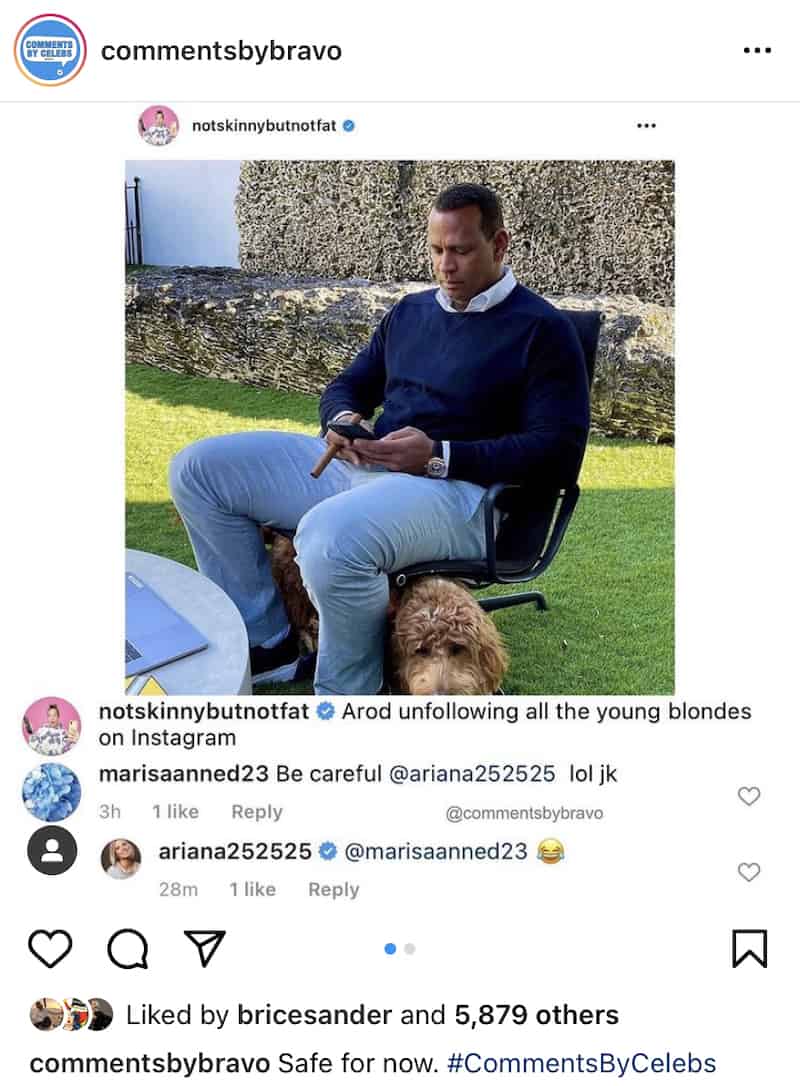 While sharing a screenshot of the encounter, Comments by Bravo also posted a screenshot that showed A-Rod is currently following the Pump Rules star. 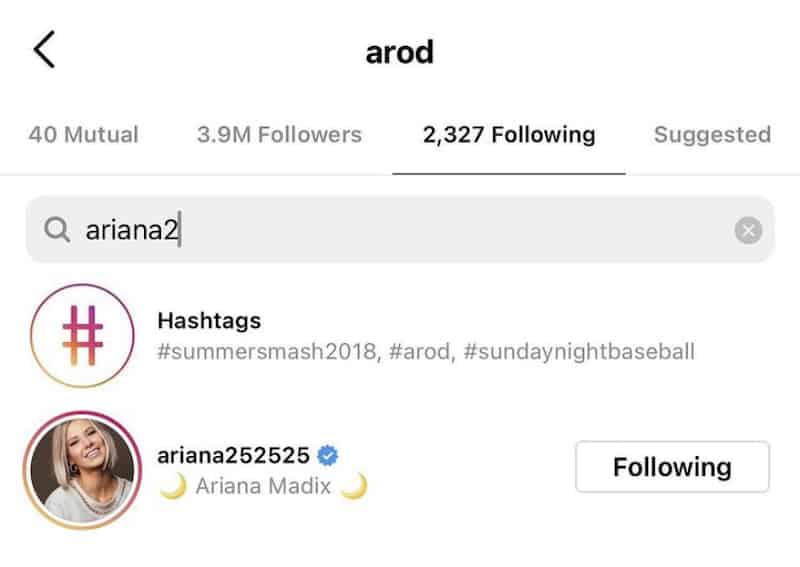