The 32-year-old ‘Truth Hurts’ singer has posted a cheeky TikTok update on her drunken exchange with the 39-year-old former Avenger, sharing a screenshot for fans to see but only if they’re eagle-eyed and quick-fingered.

“So, let’s see what your pause game is like motherf–kers,” the Grammy award-winning artist says in the video, before flashing a screenshot of their messages on-screen for approximately one-third of a second.

READ MORE: Lizzo reveals the hilarious message she sent Chris Evans when she was drunk

TikTok users can see the message Lizzo previously revealed, where Evans had replied, “No shame in a drunk DM [face-blowing-a-kiss emoji] god knows I’ve done worse on this app lol [facepalm emoji],” in response to Lizzo’s initial three-emoji love-note of a gush of wind, a sports player and a basketball — presumably conveying her shooting her shot.

“Well.. they say u miss 100% of the shots you never take [smirking emoji] (and even tho I unsent it like a dork [facepalm emoji]) I’m glad u know I exist now [three smiling face with hearts emojis],” the pop icon replied.

READ MORE: Lizzo has heard from Chris Evans about her drunken DMs

In the video, Lizzo cackled as her head blocked the most recent messages, which have sent fans into a frenzy.

The final two messages seem to mention Lizzo “doin a shot” and Evans “buying” something.

“BESTIE MOVE YOUR HEAD I NEED TO SEE THE REST,” one TikTok user commented.

Another simply stated, “Move ur head”.

Other fans were amused by her caption, “Update on Jamal,” a comment on a meme where fans inserted acrylic nails onto the Captain America star based on how he holds his hands often in interviews.

Lizzo has been a fan of Evans for a while, even publicly proposing to him on Twitter in 2019.

“Wow marry me,” she wrote in response to Evans re-tweeting a video of a little girl dancing to her song.

Evans is not the only star, however, that has captured her heart.

The ‘Good As Hell’ singer-slash-rapper-slash-flautist has previously been linked to singer Harry Styles, with the two becoming fast friends after he covered her single ‘Juice’ in 2019. Styles is now dating actress Olivia Wilde.

Both Lizzo and Evans seem to be single currently, with Evans’ last confirmed relationship with comedian Jenny Slate coming to an end in 2017.

Lizzo opened up to People previously about her relationship status in July 2019.

“But even if I were in a relationship, I’m a single-minded individual, and I really like my freedom. I think there’s a lot of people that need to be in relationships and need to be in love. I want it sometimes, but I don’t need it.” 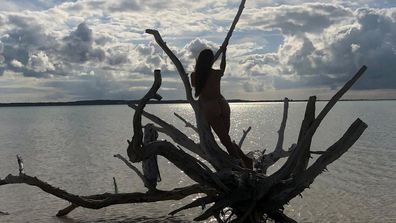