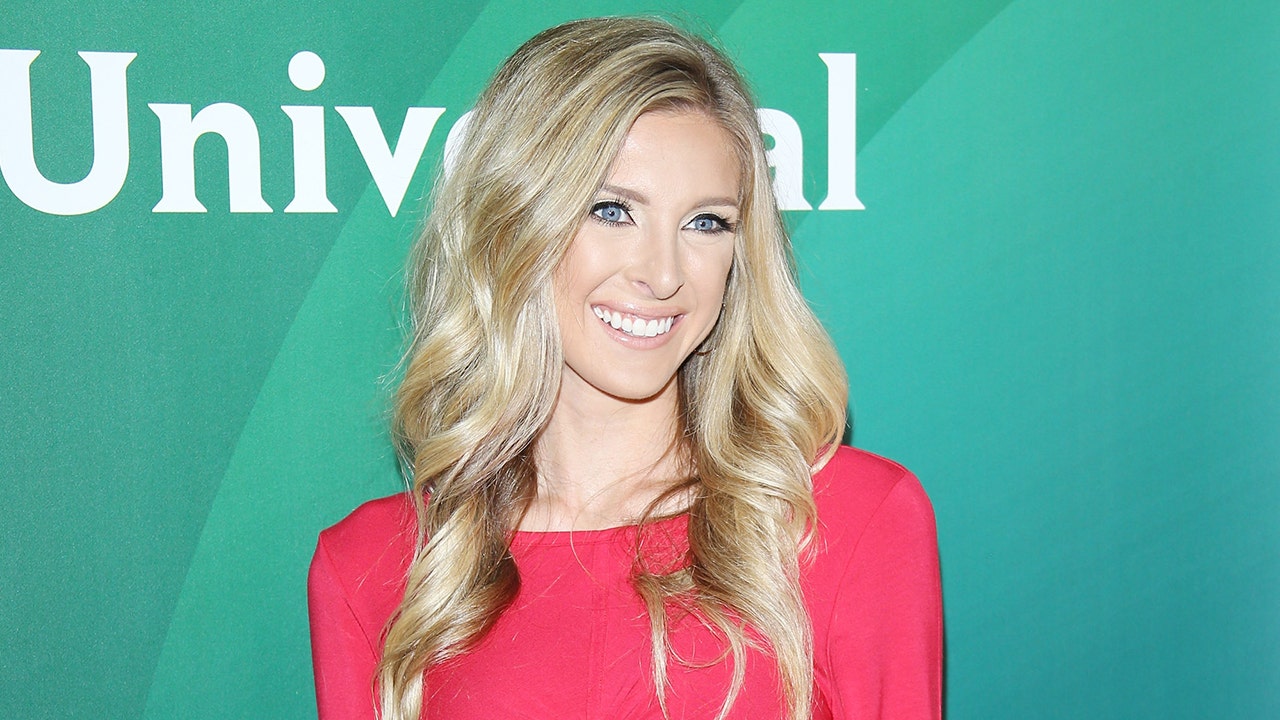 Lindsie Chrisley broke her silence to reveal sadness after her estranged parents, Todd and Julie Chrisley, were found guilty on 12 counts of tax evasion and bank fraud following a years-long federal investigation.

“I know most of you are expecting to hear from me on my podcasts this week as I took time to be with my family last week,” she wrote on an Instagram story posted Wednesday morning. “The verdict is not what I had hoped or prayed for, and I am deeply saddened for myself, my son and my family as a whole.”

She added: “Please pray for us during this difficult time and know that I will be back when this time is right. Thank you for your continued love and support.”

Lindsie shares son Jackson with her ex-husband Will Campbell and co-hosts a podcast with MTV “Teen Mom” star Kail Lowry. She also hosts her own online talk show, “The Southern Tea.”

Lindsie Chrisley has distanced herself from her family after her father and brother, Chase, attempted to extort her with allegations of a sex tape including former “The Bachelorette” stars.
( Michael Tran)

The “Chrisley Knows Best” stars could each face up to 30 years in prison, and a sentencing hearing will take place on another date.

“The Chrisleys are devastated and disappointed with the verdict; however, they will be actively pursuing an appeal,” Julie’s lawyer, Steve Friedberg, told Fox News Digital on Wednesday. “They are grateful for all of the love and support they have received from their family, friends and fans.

“They remain strong in their faith and are deeply concerned for the welfare of their children, as well as Todd’s mother, Elizabeth Faye Chrisley. They are determined to continue the ‘fight’ until justice prevails, and they are exonerated.”

‘CHRISLEY KNOWS BEST’ STARS JULIE AND TODD CHRISLEY: WHAT TO KNOW ABOUT THE REALITY TV COUPLE

The couple has three children together: Grayson, 16; Savannah, 24; and Chase, 26. Todd has two kids from his first marriage to Teresa Terry — son Kyle, 30, and daughter Lindsie, who Julie legally adopted years ago at a young age.

In addition, Todd and Julie have custody of Kyle’s daughter, Chloe, who appears on the reality show.

Lindsie’s checkered family history began when she eloped with ex-husband Will Campbell in 2012 without Todd’s approval. She endured an on-off relationship with Campbell through the years, and the pair had one son named Jackson in 2013 before ultimately separating in August 2021 and finalizing their divorce two months later.

Lindsie played a recurring role on “Chrisley Knows Best” for five seasons and left the show for good in 2017.

Todd and Julie Chrisley will “appeal” the guilty verdict handed down in their federal fraud trial on Tuesday in an Atlanta, Georgia courtroom. Pictured in season six promos
(Dennis Leupold)

Shortly after her parents were charged with tax evasion, Lindsie claimed in a police report that her father and brother Chase were “going to release [a] sex tape involving her” and former “The Bachelorette” stars Robby Hayes and Josh Murray and that “there is an ongoing issue with her family threatening and harassing her.”

Based on the report obtained by E! News, Todd and Chase “wanted her to lie about an incident and if she refused to do so, they were going to release the sex tape involving her.”

Todd responded to the extortion allegations and told Fox News: “It’s heartbreaking and shameful that these kinds of accusations have to be aired in public. We have tried to keep Lindsie’s extramarital relationships with Robby Hayes and Josh Murray private for her sake since August of 2016. Sadly, for reasons we can only guess at, she ran to the sheriff’s office to accuse her brother of buying a sex tape of her and Robby, which was a complete lie, and now she’s telling more lies about me.”

He added, “Although our hearts are broken, Lindsie is our daughter and we will always love her.”

Murray, who won “The Bachelorette” in 2010, responded to the accusations: “Lindsie and I have been friends for years. I know Todd and his family are going through some tough times right now and I pray everything works out in their favor. They should probably focus on how not to be imprisoned for 30 years rather than spreading gossip to try and hurt their daughter. I truly believe they are good people and I wish them the best in however they choose to go about their actions.”

She also fired back in a statement made through her lawyers: “It was reported that Lindsie was the source of the information that led to her father’s arrest. That is untrue, she was not the source of this information. Lindsie has been a constant target of lies, harassment and threats from her family and as a result, has been distancing herself from the Chrisley family since 2017. Lindsie is currently processing the events that have unfolded. We will continue to cooperate with law enforcement and pray for a just resolution.”

Todd reiterated his belief that his daughter was the “catalyst” for the federal investigation and told PEOPLE’s Reality Check in August that Lindsie sent a text message a “couple weeks ago asking if we could sit down with our attorneys present,” to which he replied: “And I am not interested in that.”

He added: “You have to be careful, because anger is a tricky thing. And if you hold on to the anger it almost becomes like the fuel that fuels you to allow it to grow bigger and bigger. And I just don’t have any anger anymore.”

“The hurt is still there, and I think the hurt will always be there. But I’m not looking to intrude in Lindsie’s life. We’re leading a very full life, and I wish nothing but the greatest joys and blessings for Lindsie and for Jackson.”

“Chrisley Knows Best” has followed the family for nearly one decade and originally premiered in March 2014 on the USA network.

Todd and Julie initially lived in Georgia before moving their clan to Nashville, Tennessee, during the fourth season. The series was renewed for a 10th season set to air later this year, and new episodes begin again on June 23. Reruns of earlier seasons can be seen on Bravo, E! and video on demand.

Tracy Wright is an entertainment writer for Fox News Digital.