The adorable video included clips of Stormi running around on the beach, playing with her cousins, going on a bike ride with her dad and more.

Kylie Jenner is taking a look back on the past three years with her daughter Stormi.

In honor of Stormi’s 3rd birthday on Monday, the Kylie Cosmetics founder — who shares Stormi with ex Travis Scott — shared a sweet video montage full of throwback clips and videos, showing how much Stormi has grown.

The video — which was set to Edith Whiskers’ “Home” — began by showing various footage of a baby Stormi, including a video of her with Kylie and an adorable clip of Stormi with her cousin, Kim Kardashian and Kanye West’s daughter Chicago, who is less than one month older than Stormi.

As the montage continued, Stormi looked noticeably older and showed how she went from a seemingly calm newborn to an energetic toddler in such a short amount of time. The video went on to feature clips of Stormi, as a tiny tot, running around on the beach, feeding a baby goat, playing with balloons, riding a scooter and more. In one clip, Stormi can be seen riding in a child seat while on a bike ride with her dad.

The montage also featured clips of Stormi playing with some of her cousins as well as a cute moment of her with her grandmother, Kris Jenner.

Watch the video, below.

“Thank you God for sending this little soul to me,” she wrote in the caption. “Crying today because i can’t stop the time 🥺 it’s all the little things i’ll miss like your cute voice and our long talks on the potty. watching you experience everything for the very first time has been the best part of these last few years 🤍 “

Kylie continued, “But on the other side i’m excited to watch you grow into the most special girl i know you will be and all the amazing things i know you will do. happy birthday to my baby forever!!!!”

Travis shared a post in honor of Stormi’s big day. Alongside two adorable daddy-daughter pics, the rapper wrote, “3 is bigger than 2. 3 more years of love that’s true. 3 more inches u might have grew. 3 more years a lot to dooo!!! 3 more TIMES I LOVE UUUUUU. Happy bday to my Lil storm storm 🤎🤎🤎🤎”

“Happy Birthday Stormi!!!! OMG Stormi ⛈ You are the smartest, sweetest, silliest girl I know!” Kim captioned the post. “I can’t believe you are three years old! 😩Our babies are so big! Happy Birthday angel girl!”

Check out the sweet tributes, below. 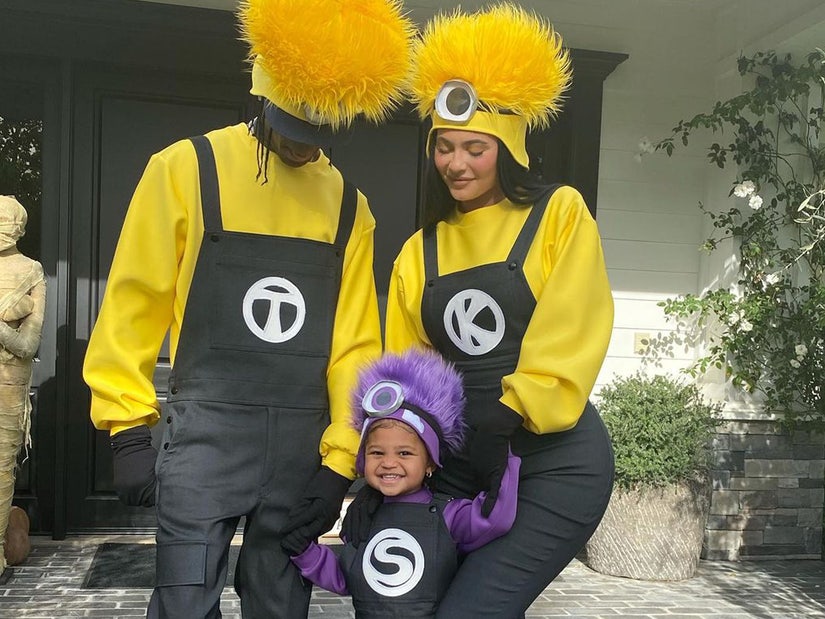