As Kris Jenner’s ex-bodyguard gets ready to bring new allegations against her in his ongoing sexual harassment lawsuit, the reality star and momager has denied all of his claims.

Her lawyer told The Daily Mail,

“This lawsuit, filed back in September, has yet to be served on Ms. Jenner and involves events alleged to have occurred more than two years ago. The allegations are not only wrong and scandalous, but seem designed to coerce Ms. Jenner into silence via a settlement. This will not happen.”

“Rather, Ms. Jenner fully intends to seek vindication at trial, armed with evidence that will show the falsity of the claims being made. Following that, Ms. Jenner will pursue all of her available legal remedies to protect her good name and reputation and to hold those who brought this suit accountable.” 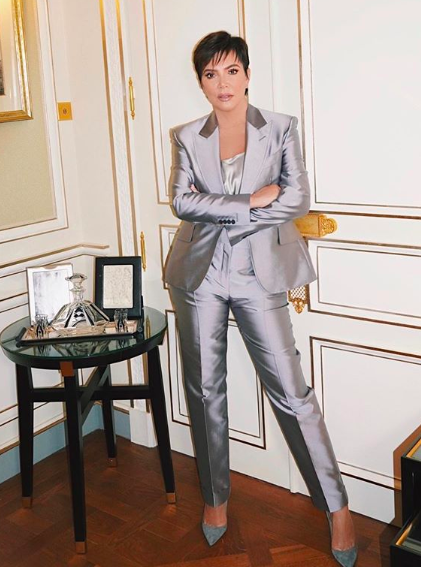 As previously reported, Marc McWilliams, who was also once a rapper, worked as a bodyguard for Kris Jenner and the Kardashian/Jenner family in 2017 and 2018. In his lawsuit, he previously accused her of sexual harassment, racial discrimination and other “outrageous” and “despicable” behavior.

His lawyer, Elisheva Rafael, informed Judge Susan Bryant-Deason that she was going to file an amended lawsuit with “two new allegations against Kris Jenner.”

As for his claims, he accused her of:

Massaging (his) neck, shoulders, arms and back without his consent’

‘Causing her hand to rest on (his) thigh and groin’

He said he told her to stop, but she alleedly ignored him.

He also accused her of racial discrimination, accusing her of:

“pervasive and cruel mockery, harassment, belittling, and otherwise humiliating mistreatment by defendants due to (his) race.”

Marc McWilliams, along with currently jailed singer R. Kelly, created the group MGM (Musically Gifted Men) together in the 80s.

Marc McWilliams is seeking $3 million in the lawsuit.

What are your thoughts on Kris Jenner denying the claims? Let us know in the comments.

Kenny G Has Always Been In on the Joke. Now He’s Ready For the Praise.