In director Amy Berg’s new documentary Phoenix Rising, Evan Rachel Wood holds Marilyn Manson accountable for the abuse she says she endured during their relationship, which began when she was 18 years old. But the actress and activist makes clear that she’s not exactly rejoicing about it.

“This isn’t about revenge, or, ‘He’s a monster and he needs to be punished and destroyed,’” she says in the documentary. “He’s already destroyed. That man is not a man anymore; he is gone.”

Part One of the documentary premiered Sunday at the Sundance Film Festival. The second installment is due on HBO later this year, but the first covers a lot of ground: Evan Rachel Wood’s upbringing, her rise as an actress and subsequent treatment by the industry as a mature “troubled teen” figure, and her alleged grooming and abuse at the hands of the then-37-year-old rock star—who she says terrorized her emotionally and sexually, threatened her life, and began getting swastikas and decorating their home with Nazi propaganda during their relationship despite knowing she is Jewish. Wood also alleges that Manson “essentially raped” her during a music video shoot for “Heart-Shaped Glasses.”

Manson, who is facing multiple civil lawsuits for sexual assault and is under investigation by the authorities, has denied the abuse claims against him and says his “intimate relationships have always been entirely consensual with like-minded partners.”

More important than any lurid details about Wood’s abuse, however, is the film’s study of what came next—the moment Wood felt safe enough to come forward about what had happened to her and subsequently began advocating to expand California’s statute of limitations for when domestic abuse survivors can press charges against their abusers to beyond three years.

Berg’s documentary unfolds through interviews with Wood, her family, and fellow activists—all brought to life alongside archival footage and Alice in Wonderland-like illustrations. Wood reads from a journal she kept for years starting at the age of 15. She recalls growing up feeling alone and invisible. “I didn’t know where to go,” she says, “so I was the perfect candidate for somebody to pop up and say, ‘Come with me.’”

Wood says she and Manson, born Brian Warner, met in 2006 at a Chateau Marmont party where at first she mistook him for a Manson wannabe. She recalls he recognized her from her work in Thirteen—then a cornerstone of the actress’ Lolita image in Hollywood. (“The industry machine… saw this image of maturity and ran with it,” Wood says. “But I was still so young.”)

Warner allegedly told Wood that he wanted to work with her on a film adaptation of Phantasmagoria and asked for her contact information, after which they began seeing one another—ostensibly to work on the project. It was at that point, Wood says, that the grooming began. Warner began to isolate her from her friends and family, she says; he egged on a rift between her and her boyfriend; cast aspersions on Wood’s mother by impugning on her conduct as Wood’s manager; and would eventually threaten to, in Wood’s words, “fuck up my whole family from the bottom up” starting with her father.

A striking feature of Berg’s work: Wood’s mother and brother both provide interviews in support of her story, testimony that proves devastating in its empathy. “He has studied this,” says Wood’s mother, Sara Lynn Moore. “He’s studied how to manipulate people. He’s a predator—he’s a predator.”

Wood recalls that her first kiss with Warner occurred when she was preparing to leave town. The two had been drinking absinthe and he told her he’d miss her. She couldn’t even finish her reply before he “stuck his tongue down my throat… Everything went white and I just didn’t know how to respond.” The two didn’t have intercourse then, she says, but “things definitely escalated on the roof. It ended with him on top of me and then it was over and I felt really weird and very icky. I wasn’t even really attracted to him.” She says it was the first time that she’d kissed an adult man in her personal life.

Wood recalls that Warner’s proclamations of love quickly became unnerving—missives like “quite the muse, you brat” and “you’re so important to me I want to kick you.” (Definitions for terms like “grooming” and “love bombing” appear on screen in moments like these.)

During their relationship, Warner also began to express a heightened interest in Nazism and mass psychology, Wood says—despite the fact she is Jewish. She recalls his insistence that Adolf Hitler was “the first rock star because Hitler was stylish, he was well spoken, and he knew how to manipulate the masses.” He was obsessed with Nazi paraphernalia and imagery, she says, and made fun of her when it made her upset. At one point, she recalls, the words “Kill All the Jews” hung over their bed. “At what point are you doing a commentary,” she wonders aloud, “and at what point are you just a Nazi?”

Wood also details how scarification and branding became a part of their bond when they carved initials into one another, in her case an “M” next to her vagina “to show him that I belonged to him.”

Perhaps the most gut-wrenching moment in Phoenix Rising comes when Wood and her mother address Warner’s “Heart-Shaped Glasses” music video. “I didn’t want her to do it,” Moore says. “Nobody wanted her to do it. But I think she felt like it was true romance—it was cool and it was edgy and she really… wanted to do it.”

Wood recalls that Warner railroaded her into multiple explicit scenarios the two had not previously discussed during the video shoot, which she describes as traumatizing. The two had discussed a simulated sex scene, she said, but once the cameras began rolling “he started penetrating me for real; I had never agreed to that… No one was looking after me.” It was the first time, she says, that Warner committed a crime against her—and it was “just the beginning of the violence that would keep escalating over the course of the relationship.”

Another harrowing incident allegedly occurred while Wood accompanied Warner on tour; he was high on Vicodin and grabbed her by the arm, dragging her into a hotel in front of his crew. As she watched Warner destroy their room, Wood says she silently pleaded with a crew member whom she’d worked with before not to leave them alone. “I remember him starting to slowly close the door,” she says. “That’s when I knew I wasn’t safe.”

As much responsibility as Phoenix Rising understandably places on Warner’s shoulders, the film also does not shy away from confronting the industry that enabled him. One of the most disturbing aspects of Wood’s revelations about Warner has always been the degree to which the singer appears to have told the public exactly who he was from the beginning. Berg includes archival footage of a talk show interview in which he detailed a disturbing video project called “Groupie” with Andy Dick, Jon Favreau, and Daryl Hannah—all of whom politely banter along.

But Berg’s film also strikes a more hopeful note: The day after the 2016 presidential election, Wood decided to come forward about her experience. In 2018, she testified for the Sexual Assault Survivors Bill of Rights—at which point she began hearing from other women who knew exactly who her abuser was even though she did not name him. Their stories sounded just like hers. “It was like finding out that you had dated a serial killer,” Wood says. Eventually, Wood and her fellow activists were able to raise the California statute of limitations to a maximum of five years—the first time in the state’s history that the window has been altered.

“It was the first time that I had felt really heard,” Wood says of the moment. “Not only did people hear our stories, but they said, ‘Yeah we hear you, and something does need to change.’” 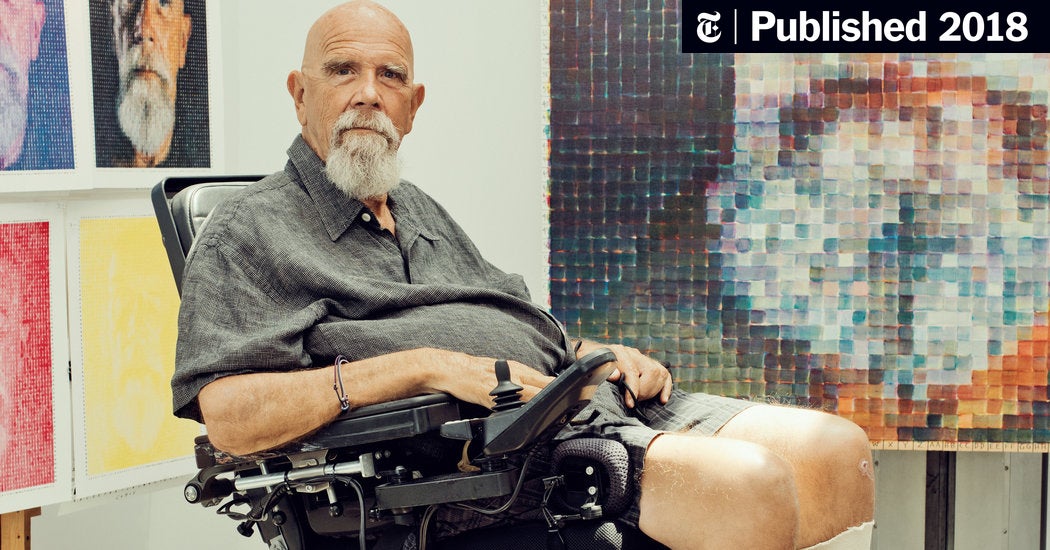 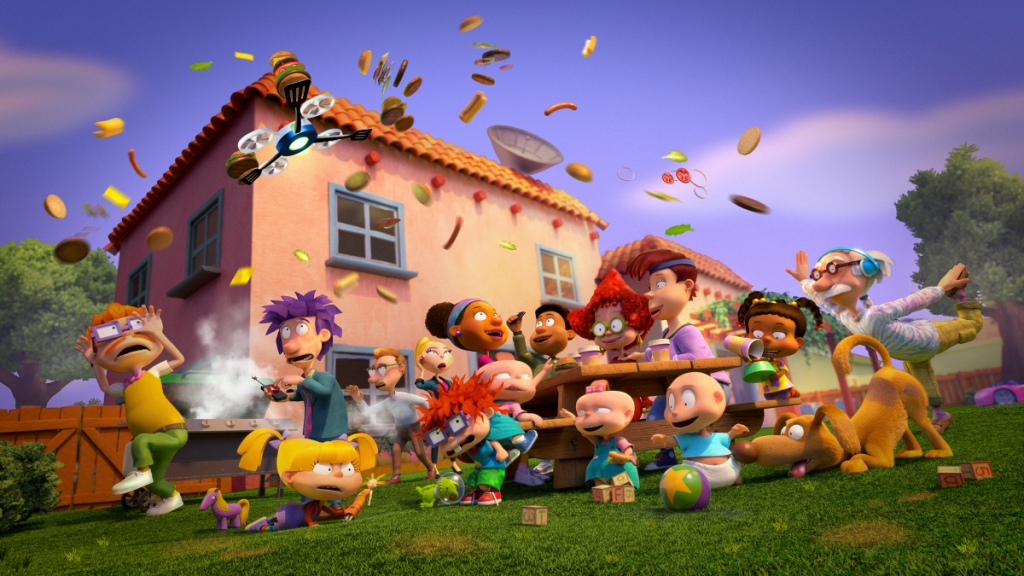