“There are no excuses to use this type of language, ever. I want to sincerely apologize for using the word,” says Wallen. “I promise to do better.”

In the wake of his use of a racial slur, the second-largest radio chain in the nation has pulled Morgan Wallen’s music from all of its 400-plus stations with a statement to station managers.

“Team, unfortunately country music star Morgan Wallen was captured on video Sunday evening using a racial slur,” the “EXTREMELY IMPORTANT” notice said, per Variety. “Effective immediately we request that all of Morgan Wallen’s music be removed from our playlists without exception. More to follow.”

Once again, Morgan Wallen found himself in trouble for using terrible judgment, but this time it was for using a racial slur. And once again, after getting caught, the young country star apologized.

But this time, his fellow country music stars don’t seem nearly as willing to give him another chance as “Saturday Night Live” was. While the genre may be moving slower toward diversity than many others in music, that doesn’t make it ever acceptable to throw around that word.

Mickey Guyton was among the first to blast the chart-topping Wallen, She quickly responded to TMZ’s tweet sharing their story — the outlet posted the video of Wallen using the slur and received his subsequent apology.

“The hate runs deep smh,” wrote Guyton. Then, replying to her own tweet, she continued, “This is not his first time using that ‘unacceptable’ racial slur and we all known that.”

Then, seemingly calling on the country music industry itself, Guyton continued, “So what exactly are y’all going to do about it? Crickets won’t work this time.”

Maren Morris agreed that there is no way this was Wallen’s first time using the slur, and seemingly shot down arguments that his behavior is not an accurate representation of the Nashville culture.

Kelsea Ballerini tweeted that sentiment, writing, “The news out of Nashville does not represent country music.” Fans were quick to correct her, saying that it absolutely does.

“It actually IS representative of our town because this isn’t his first ‘scuffle’ and he just demolished a huge streaming record last month regardless,” Morris said, noting that his prior behaviors have not impacted his sales success at all.

“We all know it wasn’t his first time using that word. We keep them rich and protected at all costs with no recourse.”

Just two days ago, Billboard noted that Wallen’s “Dangerous: The Double Album” had just enjoyed its third straight week atop the Billboard 200, making it the first country album to do so in eight years.

Songwriter Bonnie J. Baker replied to Ballerini’s tweet to say, “If a female artist did 5 percent of the shit he has pulled she would be dropped immediately by everyone,” a point Ballerine quickly agreed with.

That, Morris could agree with, retweeting Ballerini’s with the addendum, “Yup. We’d be dropped, endorsements lost, social pariahs to music row…”

As reported by TMZ, Wallen was filmed coming home Sunday night after an apparent night of partying pretty hard. While on his way to his own house, he shouted back to his friends to “take care of” one of their friends.

In response to the video, Wallen told TMZ, “I’m embarrassed and sorry. I used an unacceptable and inappropriate racial slur that I wish I could take back. There are no excuses to use this type of language, ever. I want to sincerely apologize for using the word. I promise to do better.”

Wallen has had a rocky road to super-stardom, recently getting ejected from a bar for rowdy behavior and even booted from an “SNL” appearance earlier in the season for partying unchecked and without masks amid Covid, despite the show’s strict safety protocols. He was subsequently invited back later.

Others from across country music, both professionals and fans, agreed with Guyton and Morris’s sentiments, with many saying there is no place in country music for anyone who displays this type of behavior.

There are, however, plenty of fans on social media who were quick to defend Wallen, with those takes being received about as well as you might expect. You can see some of the reactions below: 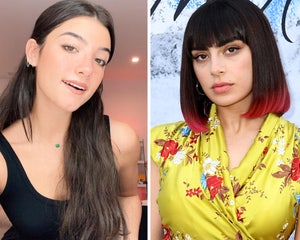 “I promise to do better” is how you address exercise and healthy eating habits to yourself…. not about hurling racial slurs

He will get another chance… boys will be boys ,right!? Isn’t that the get outta jail free card? The chances he’s been given would never be given to a women and then he has the audacity to speak this way! Country music, do better. https://t.co/f2eNIutWTG

You better preach. And say it louder for the people in the back. God forbid we speak up! https://t.co/p3QqqTtvmx

It does. Look at how some country music fans treat artists of color? Look at how racist country radio is!! This shit isn’t new and it is representative of your industry. Also, “the news out of Nashville?” say it how it is call out Morgan Wallen out and condemn the behavior.

Enough is enough. If you condone or try to justify @MorganWallen’s latest behavior, there is NO place for you in the Country Music community or ANY community.

Hey @MorganWallen what should I tell my black 10 year old son who plays your new album on repeat ??? Who thinks you are someone he wants to be like…. seriously I am in total shock

“I promise to do better.” Yeah, he’ll say Negro next time.

It’s really disgusting that Morgan wallen continuously proves to be a terrible human being. It’s also disgusting that he isn’t the only country star that has this kind of history. The fact that these useless men get away with shit like this every single time is so upsetting.

Its really sad because I loved @MorganWallen music and was looking forward to seeing him when concerts were back. I mean I listened to it in my regular daily rotation. Also def not first time he has said it, he just got caught this time. *sigh*

yet so many will give @MorganWallen a “pass” in the country industry because he’s a straight white man.

they care about songs about beer & trucks over actual racism.

they’re not sorry, they’re sorry they were caught using language they use on the reg 🙄 https://t.co/Q6FJ400Pjw

@Lauren_Jenkins @KelseaBallerini @leahturnermusic @MarenMorris Thank You ladies for standing up & speaking out against the reckless & stupid behavior by one Morgan Wallen! Never been a fan of his but the 4 of you; I love your music & respect the hell out of you!