Very sad news. Emmy- and Tony-winning actress Cicely Tyson, who, despite a dearth of roles for Black women, distinguished herself in theater, film and television, died on Thursday afternoon. She was 96.

“I have managed Miss Tyson’s career for over 40 years, and each year was a privilege and blessing,” her manager, Larry Thompson, said in a statement. “Cicely thought of her new memoir as a Christmas tree decorated with all the ornaments of her personal and professional life. Today she placed the last ornament, a Star, on top of the tree.” 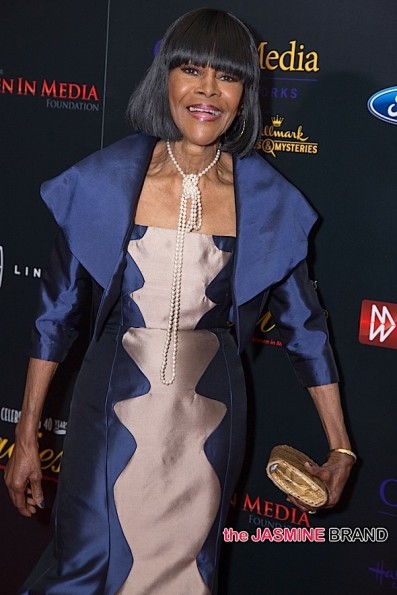 Cicely Tyson was an American actress and fashion model. In a career spanning more than seven decades, she has become known for her portrayal of strong African-American women. Tyson is the recipient of three Primetime Emmy Awards, four Black Reel Awards, one Screen Actors Guild Award, one Tony Award, an honorary Academy Award, and a Peabody Award.

Having appeared in minor film and television roles early in her career, Tyson garnered widespread attention and critical acclaim for her performance as Rebecca Morgan in Sounder (1972); she was nominated for both the Academy Award and Golden Globe Award for Best Actress for her work in the film. Tyson’s portrayal of the title role in the 1974 television film The Autobiography of Miss Jane Pittman won her further praise; among other accolades, the role won her two Emmy Awards and a nomination for a BAFTA Award for Best Actress in a Leading Role.

Tyson has continued to act in film and on television in the 21st century. In 2011, she played the role of Constantine Jefferson in the award-winning film The Help. She has also played the role of Ophelia Harkness in American Broadcasting Company’s legal drama How to Get Away With Murder since the show’s inception in 2014, for which she was nominated for the Primetime Emmy Award for Outstanding Guest Actress in a Drama Series five times.

In addition to her screen career, Tyson has appeared in various theater productions. She received a Drama Desk Award in 1962 for her Off-Broadway performance in Moon on a Rainbow Shawl. Tyson also starred as Carrie Watts in the Broadway play The Trip to Bountiful, winning the Tony Award, the Outer Critics Award, and the Drama Desk Award for Best Actress in a Play in 2013. Tyson was named a Kennedy Center honoree in 2015. In November 2016, Tyson received the Presidential Medal of Freedom, which is the highest civilian honor in the United States. In 2020, she was inducted into the Television Hall of Fame.

No additional details about her passing have been released. We send our condolences to her family and friends.

Prisoners Share Their Biggest Surprises About The Outside World

“Hacks,” Bo Burnham’s “Inside,” And “Feel Good” Are Anti-Comedy Comedy