On Instagram on Tuesday, the former Vanderpump Rules cast member and wife of Jax Taylor shared a photo of herself and their son, Cruz Michael Cauchi, and announced her big news.

“Y’all I am so excited to share this exciting news with you! I am officially joining [Jenny Craig] as their new spokesperson!” Brittany announced on January 11. “My weight loss and fitness journey has been no secret since having Cruz—I’ve tried EVERYTHING. It is something I’ve struggled with and continues to be a goal I’m working toward.”

According to Brittany, she’s following Jenny Craig’s new Max Up program, which “is all about providing the right tools and encouragement to create healthier habits so that I can feel empowered to be the best version of myself.”

“Not only am I excited to finally keep up with this little munchkin but I’m ready to start my new chapter in 2022 being physically and mentally healthy,” she continued. 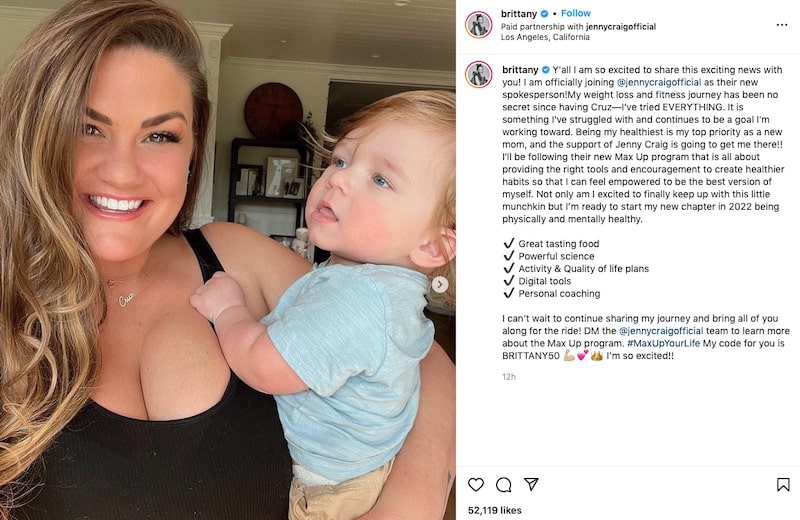 After also sharing her announcement on her Instagram Story, Brittany received support from her husband and her friend, Kristen Doute.

“So incredibly proud of you,” Jax said. 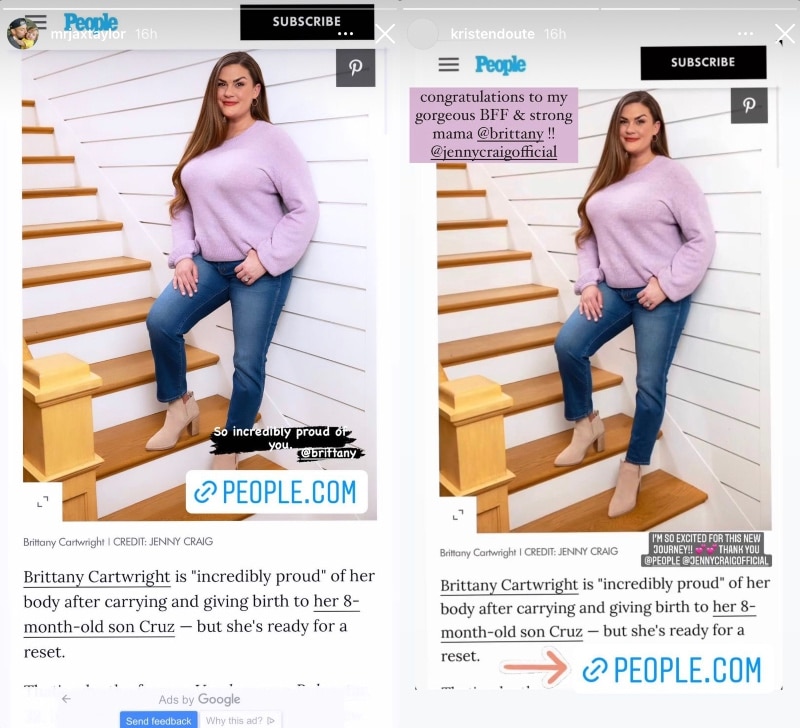 Other Pump Rules cast members weighed in with comments on Brittany’s IG post.

Speaking to PEOPLE about her new partnership on Tuesday, Brittany said she hopes to lose “at least 30 lbs.”

“I want to be the best version of myself for my son,” Brittany explained. “I’d like to get back to feeling like my best self all around, including both mental and physical health.”

Since welcoming Cruz in April 2021, Brittany has faced a number of negative comments about her weight from online haters. And while she began Jenny Craig’s Max Up program on January 1, she said the mean messages “are still hurtful.”

“But I remind myself that every single body is powerful and beautiful, and that I’m particularly proud of mine… It gave me Cruz!” she proclaimed.

Best Travel Experiences I’ve Had As A Travel Writer